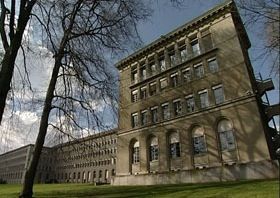 Latin American banana-exporting nations are closer than ever to agreeing a deal with the European Union which could bring to and end the long-running dispute over European Union banana imports and improve the chances of rescuing global trade talks.

According to reports from the Reuters and AFP news agencies, both sides agreed a new deal late on Saturday which will see the EU lower its import tariffs for bananas to €114 (US$179) per tonne by 2016 from the existing level of €176 per tonne.

"The two sides are busy putting the final touches to an agreement," a source told AFP. "If they sign, it would be an historic accord ending a dispute that has lasted for 25 years."

The anticipated agreement is slightly lower and later than a compromise of €116 per tonne by 2015 proposed by WTO Director General Pascal Lamy ahead of this week's key trade summit at the organisation's headquarters in Geneva.

The deal must also be approved by former European colonies in Africa, the Caribbean and Pacific as well as EU member states such as France and Spain, whose farmers in the Caribbean territories and the Canary Islands also grow bananas.

Talks are expected to continue for the next few days.