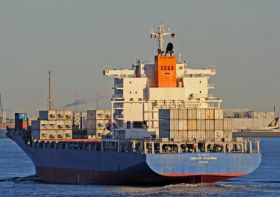 The FMX service will reportedly be operated by six 6,200-6,500 TEU vessels, with NYK deploying one vessel and HJS five.

The first sailing will be the NYK Aquarius, which leaves from the port of Busan, in South Korea, on 7 July.