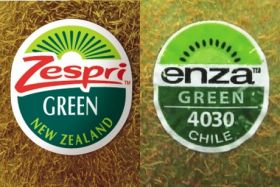 New Zealand fresh produce company Turners & Growers (T&G) has failed in its bid to have the country's single-desk kiwifruit exporter Zespri found in breach of existing rules on commercial practice.

A high court hearing in Auckland, which began back in May, is understood to have thrown out all five separate charges brought by T&G against Zespri under the Commerce Act.

Specifically, the hearing considered whether or not T&G – which markets kiwifruit under its Enza label but is not permitted to export the kiwifruit it grows in New Zealand under its own brands – had suffered losses as a result of Zespri's existing loyalty agreement with growers or its service-level agreements on the kiwifruit T&G is permitted to ship to Australia.

The case also assessed any possible commercial impact on T&G resulting from Zespri's policy of testing kiwifruit cultivars owned by third parties using the same system as its own new varieties.

The claims were all dismissed, with the judge ordering T&G to pay all of Zespri's associated legal fees.

"As we said from the outset, T&G's litigation was always entirely without merit and is nothing but a publicity stunt in the context of their broader campaign to deregulate the industry.

"This case, like T&G's wider campaign, has been a pointless distraction for the New Zealand kiwifruit industry at a time when it is focused on much more pressing issues."

Eurofruit understands that as many as five international groups may have expressed an interest in bidding for T&G's fresh produce business, although no details are currently available in the public domain.