Morrisons, which hold the lowest market share of the 'big four' in the UK, has performed well 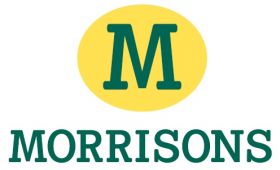 New figures have been released by market analyst Kantar Worldpanel that demonstrate a strong performance for retailer Morrisons in the UK.

Morrisons has the strongest till-roll growth (5.3 per cent) of the big four, with Sainsbury’s close behind (4.8 per cent) and both retailers ahead of the market rate of 4.3 per cent.

Grocery share figures from Kantar, published this week for the 12 weeks ending 4 September, put Tesco on three per cent sales growth and Asda on 2.2 per cent.

Aldi and Lidl have both maintained double-digit till-roll growth and now have a six per cent share of the grocery market between them.