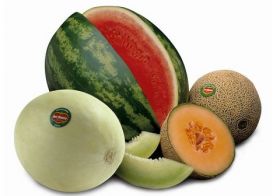 Fresh Del Monte's vice-president of marketing Denis Christou has told US trade publication The Packer that the recent acquisition of two additional melon production sites in Guatemala will enable the company to increase its sales of the fruit, particularly in the US.

“It reinforces our leadership position during the offshore melon season,” Mr Christou told the newspaper. “We believe this demonstrates our commitment in the core categories in which we are willing to invest in and expand.”

The acquisitions, which were reportedly made in early August, mainly involve export volumes that are already sold in the US market.

According to The Packer, the two enterprises will provide Del Monte with a total 5m boxes of Cantaloupes and Honeydews during the upcoming offshore melon season, which normally gets going in late November and lasts until the middle of May.