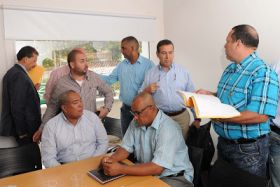 The decision by 20,000 agricultural workers in Colombia to call a national strike in response to reduced wages and social benefits has raised the possibility of a major decrease in banana supply across northern Europe, according to UK-based NGO Banana Link.

The Colombian trade union Sintrainagro made the announcement following weeks of negotiations with Augura, an industry body based in the country's key banana supply region Urabá.

While the exact dates of the proposed strike are still to be agreed, it appears only last-minute concessions by Augura ahead of a 17 June deadline will avert the industrial action, raising the distinct possibility of Colombia's banana exports grinding to a halt.

Guillermo Rivera, president of Sintrainagro, explained: "We recognise that the industry is facing a serious crisis, but it is not for the workers to pay the price of a crisis that only the companies and the government can resolve."

He added: "We don't have any profit-sharing arrangements, so should not be expected to bear the brunt when exchange rates and international markets affect the industry."

Banana Link predicted that 288 farms across Urabá would be "paralysed" if the strike went ahead. "The flow of well over a million boxes per week, mostly to northern Europe, will dry up within a fortnight of the start of the strike," it warned.

According to trade data, more than one in every five bananas sold in the UK are grown in Colombia.

If the strike does go ahead, retailers may find themselves having to increase prices in a market where pressure groups including Banana Link say bananas are sold too cheaply.

A spokesperson for Fyffes told The Grocer: "Contingency plans are being put in place to minimise any impact on customers should the strike go ahead."