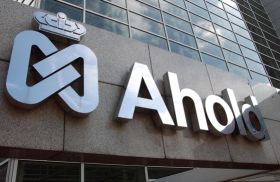 Ahold is to increase its stake in the Czech retail market after agreeing to buy 50 stores from Austria’s Spar. The US$266.3m deal forms part of the Dutch retailer’s strategy to use some of its cash pile to expand into new markets.

Ahold already operates 284 Albert supermarkets in the Czech Republic and the deal will make it the second biggest supermarket in the country in terms of sales. The company said the stores it is buying had net sales of US$611m in 2013 and the purchase price was based on an enterprise value which included cash and debt.

Last year the group sold its stake in Sweden’s ICA for €2.5bn, returning most of the proceeds to shareholders but retaining some cash for future acquisitions. Ahold had around €4bn of cash and short-term deposits at the end of 2013 and said it plans to pay out around €2.6bn to shareholders over the course of 2014, its CEO Dick Boer said.

“You can see the acquisition in the Czech Republic is only a small piece of the remaining cash position,” Boer said.