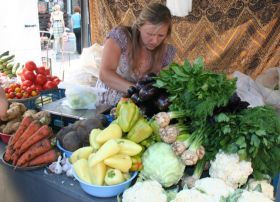 Russian agricultural watchdog Rosselkhoznadzor has been quoted as saying that the country is to impose a temporary ban on imports of all fruit and vegetables from Ukraine subject to quarantine regulations.

The widely-reported Rosselkhoznadzor statement claimed that the ban was down to a lack of labelling, a move the watchdog said was possibly linked to goods from the European Union - already banned by the country - being sent through Ukraine to circumnavigate sanctions.

In addition, the watchdog said that the situation had been complicated  due to the presence of pests of products entering from Ukraine, including apple moth and Californian thrips.