The UAE retailer has revealed major growth plans, both in existing markets like India, and in new markets like Sri Lanka 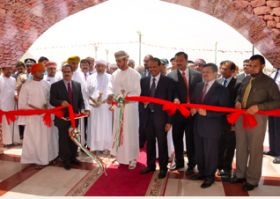 “We see that there’s stability in the Sri Lankan market now, so it’s the right time to invest there," said product development manager Shamim Sainulabdeen. "We are still at the initial stage, so I cannot give a timeline, but maybe, within a span of three years, I can see three or four stores in Sri Lanka.”