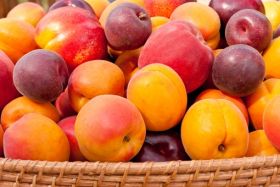 The value of Greece’s fresh fruit and vegetable exports fell during the ten months from January to October last year, declining by 4 per cent to €765m compared with the same period of 2013, according to new trade figures quoted by the Greek Reporter website.

The Russian ban apparently prompted a sudden fall in volumes and contributed to an overall 7.1 per cent decrease in the value of the country’s fresh produce exports over the ten months, with export volumes down year on year by 13 per cent in September and 11 per cent in October.

While the value took a hit, Greek exporters did still manage to send around 3.5 per cent more fruit and vegetables abroad.