Board changes at Produce World amid 'impacted volumes'

Veg grower has also acquired a new business, and revealed its latest results, reporting it has boosted profit despite a drop in turnover 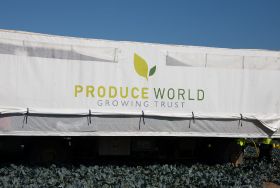 The Produce World Group has announced a streamlining of its management board in order to deal with the consequences of "impacted volumes".

The move will see two of the Burgess brothers reduce their involvement in the day-to-day running of the company.

The UK-based veg-growing giant has also acquired leading organic grower Taylorgrown, and reports profits of just over £4 million on a slightly reduced turnover of £172m for the year ending June 2014 - a period that comes before the recent acquisitions of organic roots supplier TIO and Fenmarc’s roots division.

Neil Fraser, who has now become chairman and chief executive following a shareholders' meeting yesterday (5 March), said: “Retailing is more competitive than it has ever been, and there have been big changes in the way that consumers shop which have impacted on volumes. Only the most efficient and agile businesses will thrive in this environment. We have done well to deliver a good performance over the past three years, but we cannot afford to rest on our laurels.

“The strength of the business over the past three years has put us in a position to make the acquisitions announced in 2014 and to go ahead with the recently announced restructuring proposals including our planned joint venture with LFP."

Fraser added: “We are also delighted to be announcing the acquisition of Taylorgrown. Produce World was instrumental in the founding of the company, has worked closely with it over the years, and has been a shareholder in the business from the start. Organic vegetables is an important sector for us and this further strengthens our position in that area.

“The changes we have made to the business in the past nine months have broadened our customer base, increased our penetration in key sectors and helped to grow the business in line with our strategic plan. With the latest proposed changes, the Produce World Group will continue to evolve to meet the challenges ahead.”

The revised management structure will mean that William Burgess becomes vice-chairman and strategy director. Jason and Andrew Burgess, meanwhile, will take more strategic, ambassadorial and advisory roles as part of the group’s investment board, and will be less involved in the day-to-day running of the company.

Other direct reports to Fraser will include group HR and organisation development director, David Frost, group finance director, Phil Jones, group commercial director, Frank Robinson, group procurement and trading director, Jon Campbell, and the new post of group supply chain director, responsible for the group’s operating sites. This position has been filled externally, and the new recruit will join the group over the coming weeks.

Taylorgrown MD John Taylor will also report into Fraser, as will Martin Tate, who will be MD of the new company Produce World LFP, if, as expected, the JV with Lincolnshire Field Products goes ahead following a period of consultation.

These latest moves follow the Produce World Group entering a consultation over the potential closure of two of its factories.