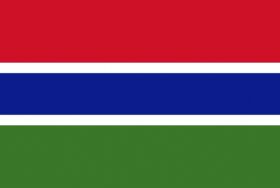 Gambia is expected to export a larger volume of mangoes over the next few years thanks to new funding from the World Bank, according to one of the country’s main fruit exporters.

Gambia Horticultural Enterprises (GHE), which supplies a range of tropical and counter-seasonal fruits and vegetables, is preparing to expand its mango production and exports to Europe having received a grant from the bank two years ago as part of the Gambia Growth & Competitiveness Project, which is already said to be reaping good results.

GHE chief executive Momodou Ceesay says the grant will not only allow the group to produce more of the fruit, but also to conduct research into new varieties that would offer a further boost to exports.

“We have good airfreight facilities to Europe here in Gambia, but the services remain expensive,” Ceesay comments. “For example, it costs US$1.50 per kilo of mango to export to European markets.”

So, as of last year, GHE started exporting consignments of fresh mangoes to customers in Europe by sea. It has also established a new warehouse facility in the Netherlands to receive the fruit.

“Last year, we shipped quantities of mangoes to the Netherlands, France and UK by sea,” Ceesay revealed. "We have a lot of hope despite operating costs.”

Founded 23 years ago, GHE is one of the oldest and largest horticultural players in Gambia. It exports mangoes between May and August, mostly to the Netherlands, as well as limes from November to January and squash from October to April, among other items.

“There is a bright future for horticulture also resulting from strong government commitment,” Ceesay comments. “We are also exporting chillies all year round, aubergines from November to April, and melons from November to March.

“Overall, Gambia may not be one of the world's leading exporters of horticulture, but there is great potential. With good marketing strategies, we can make it.”

The group’s exports are currently worth around US$320,000 per year, although most of its sales take place in the domestic market.