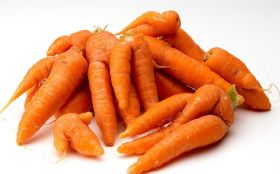 It's not the first time a celebrity chef has been instrumental in prompting a supermarket to stock outgrade produce - earlier this year Jamie Oliver persuaded Asda to launch its first-ever range of wonky fruit and vegetables after meeting growers as part of his Channel 4 series Jamie and Jimmy’s Friday Night Feast.