NOL in talks with Maersk/CMA CGM over buy-out 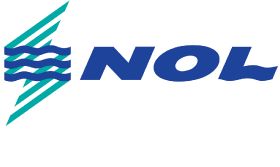 NOL has been seeking a buyer for months to cope with the devastating downturn gripping the global shipping industry, the paper said.

NOL described the talks with Maersk and CMA CGM, the world's number one and number three container-shipping operators by capacity, respectively, as “preliminary” in a statement last Saturday (7 November) to the Singapore Stock Exchange.

No specific bids had yet been discussed, one person directly involved in the talks told WSJ.

NOL is 65 per cent owned by Singapore’s Temasek Holdings, the city-state’s sovereign-wealth fund. The addition of NOL’s ships, routes and infrastructure in Asia could provide a significant boost for either Maersk or CMA CGM, assuming the price is right, WSJ said.

NOL is highly indebted and, amid the downturn, unprofitable. Flagging global trade and overcapacity in the US$1tn container shipping business has hammered even the biggest players, forcing many into strategic alliances with each other, cost-cutting efforts and other novel manoeuvres to cope, the WSJ said.

Maersk, for instance, last week said it was laying off thousands of employees, slashing costs and reversing course on its own plans to expand its fleet of giant container ships.

Unlike in other industries suffering from such cyclical pressures, consolidation has been rare amid the world’s biggest container-shipping players, the report said.