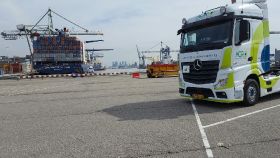 Agro Merchants is set to bolster its position in Latin America over the coming year as the region’s thriving fruit export industry drives demand for new coldstorage and logistics infrastructure.

For such a young company, the speed at which it has grown since its creation three years ago has been remarkable. Set up by three former Americold executives with the financial backing of Oaktree Capital Management, the cold chain solutions provider has already built an impressive network that includes more than 700,000m2 of temperature controlled warehouse and distribution space spanning Europe, the US and Latin America.

It currently ranks as the fifth-largest global third party coldstorage provider and has a number of major investment projects in the pipeline, including several in Latin America where its strategy is to establish and build a presence in major grower and exporter regions such as Peru, Colombia, Ecuador Chile, Brazil and Mexico.

“We are always on the lookout for opportunities to develop infrastructure that improves the cold chain and Latin America is no exception,” says David Palfenier, president of the group’s Latin America operation.

“Typically, we look at locations well connected with port infrastructure, however we also remain flexible and open to investing in markets other than those mentioned if our customers and partners have concrete projects, service and space demands in specific locations.”

Since its inception, Agro Merchants has made 15 strategic acquisitions and initiated 14 development projects, of which seven have so far been completed. In December 2014 it acquired Chile’s leading coldstorage company Icestar, as well as a minority stake in Brazil’s largest player, Comfrio.

The company recently made its first foray into Peru, announcing the construction of a new facility in Piura with IQF lines primarily for exports of mangoes, avocados and blueberries. The facility will also provide warehousing and logistics for imported products as well as the domestic market in northern Peru. This marks its first direct investment in Latin America’s fruit industry and while the initial focus is on frozen, further projects for fresh produce are set to follow swiftly. “Paita is our first entry into Peru and the project is being driven by strong demand from our customers there,” explains Palfenier.

The company’s preferred approach is to find a local partner but on this occasion it has taken the plunge by itself, having secured a firm commitment from local companies that they will use the new facility.

Across all of its fresh produce locations Agro Merchants aims to combine high quality handling with value added services such as repacking, sorting, quality check and ripening.

“One approach that we see evolving fast at the moment is Forward Deployed Inventory, where growers, exporters and marketers establish an inventory presence in our facilities in their destination market, enabling them to control pricing of their produce right up until it is dispatched to buyers,’ Palfenier notes.

Elsewhere, a major expansion project at GFA in the Port of Algeciras, Spain is scheduled for completion in August, while a new greenfield facility at the Port of Rotterdam is due to be ready at the end of 2016. In addition to this, the company has a number of letters of intent signed in all of the regions in which it is currently active to support its ambitious growth plans.

The next target for the group is Asia. “Given the increasing trade flows to the region this is the logical next step,” says Palfenier. “What Agro Merchants aspires to do is to offer globally connected solutions enabling our customers to reap the benefits of global opportunities wherever they surface.”