The Greek retailer appears to have avoided collapse thanks to a last-minute deal from rival Sklaventis, which will be welcome news for Marinopoulos’s suppliers 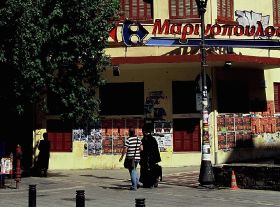 Greece’s largest retail chain, Marinopoulos Group, looks to have avoided collapse following a last-minute rescue deal by rival chain Sklavenitis, which was given the green light by Alpha Bank and Eurobank, according to a report from Ekathimerini.

Originally part of a 50/50 joint venture with Carrefour, Marinopoulos bought out the French retailer in 2012 and boasted 823 stores in March.

However, the chain filed for bankruptcy earlier this year, struggling with debts of €1.3bn, of which €723m was owed to suppliers and creditors, €4.3m to employees and €338m to lenders.

This week, Sklaventis confirmed that it would buy Marinopoulos out, utilising as much as €360m in bank financing. The proposed restructuring reportedly includes a 50 per cent cut to the amount of debt Marinopoulos owes it suppliers.

It now remains for National and PIraeus banks to agree to the deal, which will be widely cheered in Greece. The retailer accounts for around 1 per cent of the country’s GDP, and its collapse would undoubtedly have spelled bad news for the group’s approximately 2,000 Greek suppliers and 12,500 employees.