Lain Jager to stay on in role until replacement is found, with search to start next year 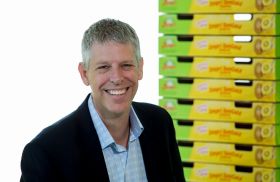 Zespri chairman Peter McBride said the company’s board would look to balance continuity with renewal in its search for Jager’s replacement.

“The Zespri board has set out a process for succession at an optimal time,” McBride explained. “The timeframe helps to ensure continuity through this transition, which is important given Zespri’s critical role in the value chain for kiwifruit growers and customers globally.”

“At the same time, Zespri now has an experienced and stable management team in place and the board will consider both potential internal and external candidates for the position.”

Since accepting the chief executive role in 2008, Jager has overseen the New Zealand kiwifruit industry’s recovered from Psa. Zespri has delivered success with the commercialisation of SunGold during Jager’s tenure, and expanded sales in both new and mature markets around the world.

“Lain’s record speaks for itself,” McBride added. “He has helped the business manage the opportunities and challenges which come with growth. Global sales have nearly doubled during his tenure, and value created for growers and shareholders has increased strongly.

“Furthermore, Lain has provided strategic direction and overseen the development of Zespri’s organisational culture. Under Lain’s leadership, Zespri has strengthened our systems, policies and processes which together support the company’s globalisation and build one company with one culture.”

Jager was pleased the transition was coming at a time of strong growth and opportunity for the industry.

“Working as part of the industry leadership team and with Zespri employees and partners around the world is a huge privilege,” Jager said. “I am looking forward to supporting the succession process and helping the Board of Directors in providing leadership continuity through this period.”