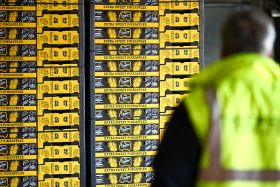 The board of Italian fresh produce company GF Group has sought to clarify the position of its chairman Raffaella Orsero following widespread reporting in the Italian press about a possible investigation into suspected fraud during the company’s leveraged buyout in 2008.

Responding to newspaper reports suggesting Orsero was under investigation for alleged money laundering, the group stated that she was in fact being investigated not for possible money laundering but for suspected "fraud or, alternatively, misappropriation" in the acquisition of shares belonging to former directors Gianni and Luciano Orsero.

The company also attempted to clarify the position of four members of the Orsero family, namely Raffaella, Antonio, Anna Maria and the same Luciano (their uncle, who is no longer a shareholder), confirming that the quartet were subject to the same charges.

Regardless of any possible charge or investigation, it added, the alleged offences took place over eight years ago, and would therefore have exceeded Italy's statute of limitations. Nor indeed, it pointed out, would any allegations of the kind levelled at the four affect GF Group’s own legal standing as a corporate entity.

"In relation to the news repeatedly circulated by the press over recent days regarding the Orsero family and considering the serious inaccuracies and the considerable damage that these can cause for the company and its more than 2,000 employees, it is right and proper to point out that there is no investigation for money laundering, corruption or alleged ’bribes’ against Ms Orsero, the current chair of the board of directors," the group said in its statement.

"Indeed, the Public Prosecution Service hypothesises against Raffaella, Antonio, Anna Chiara and their uncle Gianni Orsero, the possibility of fraud, or alternatively, misappropriation, allegedly committed against Carige bank during the leveraged buyout operation performed in 2008 and financed by the same Carige bank for the purpose of acquiring the shares of certain ex company stakeholders (Gianni and Luciano Orsero)."

The statement continued: "Besides, contrary to what is reported in the press, during this operation the stakeholders provided all of the usual guarantees typical of this kind of operation."

Raffaella Orsero herself is understood to have strongly rejected this charge and reaffirmed "the absolute correctness and lawfulness" of the performed operation.

"Leaving aside the validity of the hypothesis subject of the investigation, considering the amount of time that has passed, the above offence would in any case already have exceeded the statute of limitations as over eight years have passed from when the hypothetical acts were carried out," the group noted.

"This being said, the offences of fraud or misappropriation can in no way determine responsibility of any kind for GF Group s.p.a., since these are cases that are not present in the list of offences laid down in legislative decree 231/2001 regarding companies’ so-called para-criminal responsibility.

"Therefore, regardless of the significant time distance from these events and the considerable transformations that have occurred within the composition of the shareholders, the management and the Group’s activities, the company is and would remain in any case totally outside the investigations."

Luciano Orsero, who left the group of stakeholders in 2008, is himself being investigated for the possible alleged offence of money laundering, the company conceded.

"Following the consolidation of the company accounts in 2015 and strengthened by actual and prospective results, the Orsero Group has initiated an ambitious growth and development program that involves the entire company and its work force," the group concluded.

"All of the group’s suppliers, customers and stakeholders, as well as the many consumers who on a daily basis believe in the company and in a brand name that guarantees product quality and the strength of a leading Italian group, can rest assured by the constant commitment of the entire company to improve every day and can have no doubt that we will continue to strive to always guarantee their maximum satisfaction."