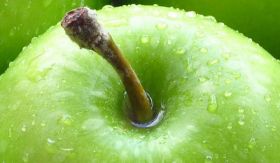 Global fruit marketer Capespan is grappling with further delays to the planned eviction of 18 people alleged to have illegally occupied accommodation at Applethwaite Farm, one of its main commercial apples and pear farms near Grabouw in South Africa’s Western Cape region.

As the owner of the farm, Capespan said it had agreed “as a gesture of goodwill” a request from the occupiers to allow them until 2 December 2016 to leave.

The company said it had previously held off implementing an eviction order granted by the Land Claims Court in February 2015, offering subsequently to postpone the occupiers’ planned eviction by 12 months until the end of July of this year, then extending that deadline to the end of September.

As part of the eviction order, local authority the Theewaterskloof Municipality is obliged to provide temporary or emergency accommodation for the evictees prior to the eviction date.

In the meantime, Capespan has sought to assist the evictees themselves, for example by paying for an independent consultant to liaise between them, the municipality and other official government bodies to try and secure alternative accommodation.

“Notwithstanding Capespan’s efforts and the extension of the eviction date for more than a year, the parties have to date not secured temporary or emergency accommodation for the evictees as ordered by the court,” the group said in a statement, adding: “Capespan has gone beyond reasonable humanitarian expectations to assist and accommodate the evictees.”

Among Capespan’s chief concerns are the fact that it must provide its own full-time employees at Applethwaite with adequate on-site housing, something it said it could not do whilst the housing facilities were illegally occupied.

“The farm operates as an exporter of world-class fruit to its international customers and is committed to the wellbeing of its employees and the creation of good working conditions,” it said.

The latest two-month extension is understood to be aimed at allowing the evictees to bring an application in the Land Claims Court to compel the Municipality to provide them with emergency or temporary accommodation.

Should the parties fail to find and agree on an alternative solution by the new December deadine, Capespan said, it will have “no further option” than to execute the eviction order so that it can house its full-time employees.