Hauliers ‘do not want to use Calais’ 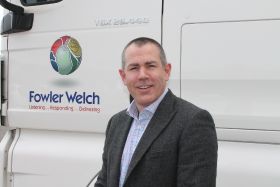 Produce hauliers “do not want to go through Calais” as drivers feel intimidated by migrants attempting to access the UK border, according to one leading Kent distributor.

Chief executive of Fowler Welch, Nick Hay, said there is an increase in freight traffic through other ports such as Portsmouth and Southampton as hauliers continue to choose other routes to the UK.

And he said some international firms have enquired whether Fowler Welch would collect deliveries from overseas, rather than risk sending their own vehicles to the UK.

“There is no doubt about it, hauliers do not want to go through Calais,” said Hay. “It’s intimidating, and it’s upsetting. It is a genuine issue.”

Hay said Fowler Welch has not lost any money due to disruption at the French port, but the company still receives the “odd vehicle” containing illegal stowaways. “This is a problem for our customers as the vehicle is then contaminated. It’s upsetting and it’s not ideal,” he added.