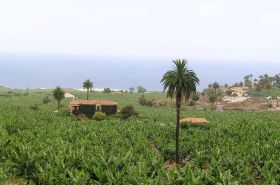 European banana producers are warning that exports from third countries to the UK could be diverted to the European Union after Brexit and cause pressure to build on EU markets.

This is one of the conclusions reached at a meeting of EU banana producers in Paris on Friday to discuss future strategies for the industry.

The meeting of the Banana Producers’ Association of Europe (APEB) brought together representatives of the industries in Spain, France and Portugal.

APEB analysed various different scenarios that could face the sector post-Brexit, one of which is the redirection of bananas destined for the UK market to EU countries as a result of a new British tariff policy.

In that case, supply pressure from third countries in the EU could increase by as much as 425,000 tonnes, APEB estimates.

The meeting also looked at the evolution of prices and production and import volumes for this year. The figures show that Nicaragua has already exceeded its import quota by 80 per cent in the first five months of the year.

In the case of the Spanish market, the data reveals a rise in imports from ACP countries, which are not subject to any tariff restrictions.

APEB also outlined the progress the sector has made on the road map set out more than a year ago to protect the more than 30,000 jobs in the European banana industry.