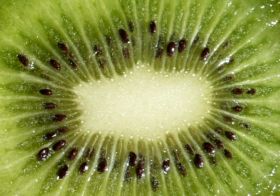 It hasn’t taken long for Japanese consumers to warm to the taste of Georgian kiwifruit, according to a report from Emerging Europe.

Shipments from the Eastern European nation got under way in March last year, with the fruit, described by producer LTD Nergeta as Europe’s sweetest green kiwifruit, finding instant favour.

“They taste better than those grown in Japan. Georgian kiwifruit have become favourites for people in Japan. This is why we want to increase the amount we ship.”

The move was somewhat of a coup for Georgia, given heavyweight European producers such as Italy and France have long sought access to Japan’s lucrative kiwifruit market.

The success of the initial kiwifruit programme could pave the way for more Georgian fruit to be shipped to Japan, with the country’s minister of agriculture, Levan Datashvili, seeing particularly potential for berries. Datashvili said the Georgian government is encouraging growers to produce as much fruit as possible for export.

Formed in 2009 by German and Georgian investors, LTD Nergetab grows kiwifruit in Samegrelo in the western part of Georgia. The company has developed a strong export programme in Europe, with Germany its key market.

“This is the first time when a logo proudly identifies Georgian fruit as Georgian, shipped to the EU,” Konstantine Vekua, co-founder of LTD Nergeta told Emerging Europe.

“It is essential for our company, and we are proud of that. We hope that our success encourages Georgian farmers to start producing for the EU market.”