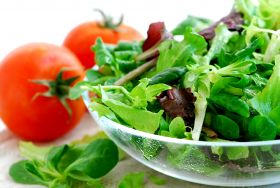 According to the France-based company, the increase was down to the integration of Ready Pac Foods and growth of 1.6 per cent on a like-for-like basis.

The Europe zone, 45 per cent of the group's total consolidated sales, remained stable over the first 6 months to post growth of 0.2 per cent on reported figures and +0.1 per cent on a like-for-like basis.

Meanwhile, the non-Europe zone, now 55 per cent of the total consolidated sales of the group, doubled its sales over the period based on reported figures thanks to the consolidation of Ready Pac Foods over 6 months and a growth 4 per cent at constant scope of consolidation and exchange rates.
Carl Collen
comments powered by Disqus