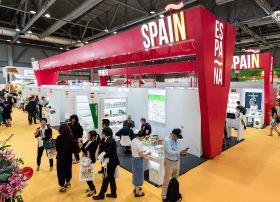 Spain experienced a slowdown in the growth of fruit and vegetable exports in 2017, principally due to the supply shortages caused by last winter’s inclement weather, according to the full-year results for the sector, which were published by Fepex on Wednesday.

“The data for 2017 reflects the positive evolution of the sector, but the initial growth forecasts were not met, mainly due to the decline in exports in November and December,” Fepex said. “It also reflects the slowdown in the growth rate in relation to recent years; in 2016 exports grew in value by 5 per cent and in 2015 by 13 per cent.”

In vegetables, tomatoes, peppers, cucumbers and cabbage all fell in volume but increased in value, reflecting last winter’s supply shortage.

The European Union remained by far the largest market, accounting for 93 per cent of exports, but last year saw a rise in shipments to Canada and Saudi Arabia.

Meanwhile, fruit and vegetable imports continued the upward trend seen over recent years, rising 6 per cent in volume and 8.6 per cent in value to 3m tonnes and €2.526bn.

Fepex said it was “concerned about the steady progression of imports in products and periods fully coinciding with Spanish production, such as tomatoes and apples”, especially since imports coincided with a fall in domestic consumption.