The eastern European country is turning from strawberry importer to exporter, as Ukrainians return home with valuable experience and knowledge 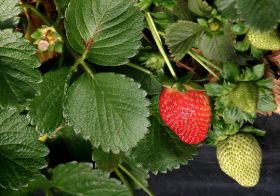 The rapid expansion of strawberry production in Ukraine has resulted in a major trade reversal over the last few years, with imports falling and exports increasing by as much as 90 per cent.

Aiding the development of strawberry production in the country has been the return of Ukrainians with and knowledge and experience of working in the sector abroad, mainly in Poland, which produces three times as many strawberries as Ukraine.

However, Ukrainian growers are increasingly choosing strawberries, expanding the country’s production area and selecting varieties that are better suited.