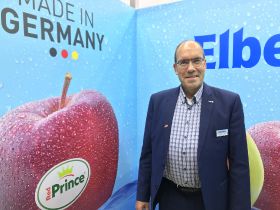 German company Elbe-Obst sees good opportunities for expanding its commercial presence in Asia, with market access for its apples now secured in Taiwan after a 13-year negotiation and potential similar breakthroughs on the horizon as far as India and Canada are concerned.

“The protocols with India and Canada are probably around 80 per cent complete,” reveals managing director Frank Döscher, who was flying the flag for Germany apples in Hong Kong last month at Asia Fruit Logistica.

Taiwan’s apple market is dominated by the Fuji variety, which apparently accounts for the vast majority of apples sold there, Döscher observes.

However, German exports including Red Prince and Kanzi could fare well among younger consumers, he believes.

“Young people there really like Germany and the quality of its products, so there is some really strong potential there, although it needs time.”