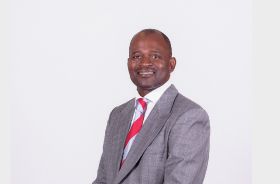 The fruit sector's role in contributing to transformation of land ownership in South Africa has been under the spotlight again, since the latest moves by the government to introduce the subject of land expropriation without compensation into the debate.

The focus on land must be seen ahead of a crucial national election in May, and efforts by the government to restore what is largely a failed land transformation, riddled with issues and corruption, which has been in place since 1994.

Inside the fruit industry there have been many efforts – at industry and individual grower level – to create projects where either individual new growers have been established, or where successful partnerships have been formed with workers.

One of the most recent developments is fruit sector fund, Hortfin, promoting the position of new entrepreneurs into the fruit sector.

Now, three months later, the chairman of the board of Hortfin, Tshililo Ramabulana, said he was very excited about developments.

“This could be the fruit industry game-changer we have been looking for," he said. "It allows us to support majority black-owned operations on a sustainable basis. We are able to assist in planning, funding, execution and providing long term support to business we fund.

Ramabulana is experienced in South African agriculture, having have been the CEO of the National Marketing Council for many years. Now, in addition to being involved in various transformation projects in South Africa, he is also a farmer in his own right. He says he knows what is needed at ground level to make a difference.

“We are engaging other corporates in South Africa to partner with Hortfin in transforming the fruit industry,” he explained. “This could help us to broaden the impact of Hortfin. To this regard, we are looking for international partners who are looking to contribute to the transformation of the fruit industry to join us in this initiative.”

Eurofruit also spoke to newly announced CEO of Hortfin, Michael Brinkhuis, who said there are numerous initiatives and development projects in the system which were assisted through various government programmes over some years.

“I am confident there are some of those looking for the next level in terms of their growth and expansion. Those projects are not all in the deciduous and grape industries but scattered across the sector as well as across the country,” he said, noting that the aim is to identify these projects, determine which are ready for their next phase and thereafter ascertain which qualify for the fund criteria.

“I firmly believe in partnerships and therefore seeking out development initiatives that are currently in progress will be a key strategy in the attempt to unearth potential synergies.”

Hortfin, through its links with industry and the government, is also well positioned to make use of the existing networks in order to be visible as well as to identify organisations and initiatives taking place. The goal is to engage these compatible initiatives and craft opportunities to partner and collaborate.

He says the medium to long-term plan is to get the workings of the fund and all its mechanisms fully operationalised. “Once that is achieved the goal is to engage other industries to partner/collaborate in a similar fashion to drive transformation, job creation and expansion in those as well,” said Brinkhuis.

The long-term plan is also to create various collaborations and preferably with stakeholders in the public and private sector to augment initiatives to create and enable opportunity for greater impact.

“One of the key challenges I foresee will be the required support for and the creation of an enabling environment within which these businesses must operate. These environments will likely include things such as the obtaining of permits, registrations, approvals, etc. However, with the right partnerships and approach, these challenges could easily be turned into opportunity,” he concluded.