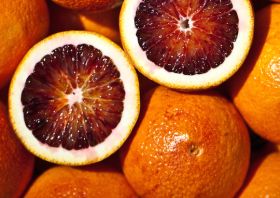 This year, China and Italy signed an agreement for the airfreight of Sicilian blood oranges from Italy to China.

Xinhua reported the move marked an important development following an export agreement two years ago which didn’t include an airfreight protocol.

Sending the oranges by sea initially was met with quality concerns as the oranges would lose flavour if picked too early. The airfreight protocol curbed this problem but also added a number of other hurdles.

“We have high hopes for the Chinese market, though even with the agreement for air transport there are problems,” said president of Sicilian citrus growers’ group, Agrumi di Sicilia, Federica Argentati.

The additional cost of transit adds an extra US$1.70 to every kilogram of fruit sent, making it far more expensive than in European markets.

Alongside this, even if demand grows, there is concern Sicily will not be able to supply the volumes China requires.

“It seems like there is enough interest in China that sales could rise. But if they rise too high, it's not clear if Italian farmers will be able to meet the demand. The oranges can only grow under specific circumstances and so production can't rise too much.”

Currently, Sicilian blood oranges are being marketed under the ‘Made in Italy’ brand, best known for luxury fashion, furniture and food items.