Investment to boost domestic supply will be supported by more counter-seasonal berries from elsewhere, says Landgard 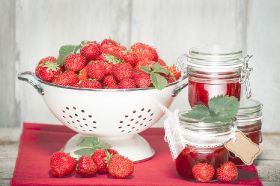 An increasing number of strawberry growers in Germany are switching to protected systems of production in order to guarantee and extend supply beyond the traditional domestic season, according to one of the country's biggest fresh produce marketers Landgard.

As the group prepared to begin marketing its new-season commercial crop in early May, it said it expected a trend towards more and more greenhouses and modern tunnel complexes to continue in the coming years.

It noted that, as well as shielding strawberry plants from major temperature shocks all the way through until autumn, such structures also ensured better working conditions for pickers and, as a result, could guarantee greater productivity and better quality fruit.

At present, Landgard estimates its member suppliers produce fresh strawberries on around 510ha of open land and over 120ha under glass or in tunnels, with the latter concentrated mainly in major growing regions of the south, east and west of Germany.

"In addition, we are expanding our membership base in strategically important product segments, such as strawberry cultivation, to international growers. This way, the trade can offer freshly picked strawberries sourced directly throughout the year."

Landgard's head of fruit and vegetables Labinot Elshani said the group was optimistic about the new strawberry campaign.

"Since no major frost damage occurred in the winter, from today's perspective, we expect a good harvest in the field," he commented.