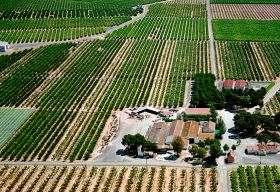 With a turnover of €80m and EBIDTA of €7m, Frutas Esther is in the top flight of fruit and vegetable companies in Murcia, specialising in the production and export of stonefruit, table grapes and strawberries.

Frutas Esther said its current management team would continue to lead the company. The Gómez family, which founded the company, and the Chacón family, which also owns a stake in the firm, will remain partners.

Frutas Esther’s board of directors said the deal would allow it “to build a solid base, taking advantage of this period of generational transition, to allow the company’s continuity in the market for another 50 years”.

he deal, which is expected to be finalised in the coming months, makes Frutas Esther the latest in a growing list of Spanish agri-food companies to be targeted by private equity funds.

Miura already owns a stake in citrus giant Martinavarro, which it acquired in 2016. Other recent deals include Abac Capital’s takeover of Grupo Agroponiente in March and Cinven’s acquisition of Planasa in 2017.