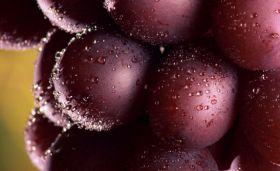 The deal effectively doubles El Ciruelo’s table grape acreage and makes it a global force in the supply of seedless grapes from both hemispheres, with an annual production volume of around 100,000 tonnes.

It also gives the Murcia-based company the largest distribution network for Brazilian grapes, supplying the country’s 200m consumers, as well as a providing platform for the export of Brazilian fruit to key US and European retailers.

With more than 2,400ha of land in the states of Bahia and Pernambuco – 1,000ha of which are already under production – Labrunier owns the largest area in the world dedicated exclusively to the development of new grape varieties. The company is also a world leader in terms of agricultural technology and holds a number of environmental certificates including Rainforest Alliance.

The climatic conditions in the San Francisco River Valley, where Labrunier’s farms are located, allows it two obtain two table grape harvests a year, which will significantly extend El Ciruelo’s supply season and reduce its need to source from third countries in order to fulfil its year-round retail programmes.

Brazil also has a shorter transit time to Europe than other Southern Hemisphere suppliers, with South Africa typically taking an extra week to reach the market and Chile and Peru taking two more weeks.

Arnaldo and Daniel Eijsink, who have run the Brazilian company for decades, will stay on as partners and managers.

According to a press release issued by El Ciruelo, the agreement covers the acquisition of five companies located in Brazil and the Netherlands, including Bravis, the São Paulo-based citrus producer and distributor which exports to markets all over the world and supplies Brazilian retailers and wholesalers with a range of imported produce.

Bravis’s clients include US retailers Walmart, Wholefoods and Loblaws, and Tesco, Sainsbury’s Marks & Spencer, Waitrose and Albert Heijn in Europe.

Bravis is also the only Brazilian company licensed to export Murcott mandarins to Europe.

El Ciruelo said it was planning a three-year investment programme to develop its Brazilian business, focusing on new varieties.

The Murcian company is one of Murcia’s leading table grape, stonefruit and citrus suppliers specialising in the development of new varieties.

The company said it expected to grow by 13 per cent this year through investment in new farms and facilities. It will also continue its research into new fruit varieties.