With a return to normal levels and good quality, the company expects a strong campaign 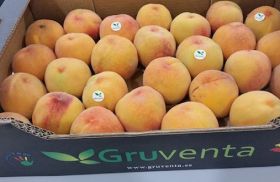 High quality has brought expectations of a positive stonefruit campaign in Murcia, according to Gruventa, who believes the season will be a tonic for the region’s beleaguered producers after one of the worst citrus campaigns in recent years.

“The expectations are very favourable, and despite how difficult the citrus season has been, we believe we will see great agility on the market,” the company said.

“Provided the sector properly manages the overlap between the different production areas we see no reason not to be optimistic about demand and prices.”

The company said the outlook for the national market was equally positive, and it would be one of its priorities this year.

With harvesting of early varieties already underway in, producers say volumes of peaches, nectarines and flat peaches will slightly higher than in 2018 and more in line with a normal year, while apricot volumes are expected to fall by 25-30 per cent due to adverse climatic events.