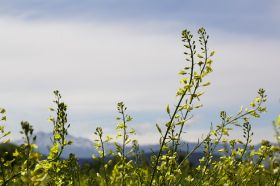 Seed companies Limagrain and Rijk Zwaan have signed an agreement for the exchange of non-exclusive licenses for patented traits in vegetables.

According to a joint release, the exchange will allow the two vegetable breeding specialists to strengthen their innovative capacities and introduce improved varieties more quickly.

Under the agreement, the parties provide each other the right to use plant material that falls under the scope of several of their patents for both breeding and commercial purposes in vegetables.

The agreement thus increases the possibilities for both companies to develop new and improved vegetable varieties by making use of each other’s innovations.

The groups noted that the deal established a full breeders’ exemption between the parties for such patents, as exists under the worldwide plant breeders’ right system.

Limagrain and Rijk Zwaan are both members of the International Licensing Platform (ILP), which makes vegetable-related innovations widely available to breeders through an open access approach that offers members access to patents on traits under fair and reasonable conditions.

“We are pleased with this agreement that will allow both companies to benefit from their respective innovations, so to bring better varieties to the growers and consumers," said Franck Berger, vice-president for vegetable seeds at Limagrain.

Ben Tax, director of Rijk Zwaan, added: “This agreement is a great step in our way to open innovation. It is good for both companies and for our customers who can optimally benefit from the many innovations that come from the two R&D teams."