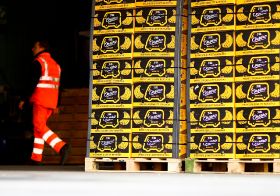 Italian fresh produce company Orsero Group has taken full control of Sardinian wholesaler and distributor Fruttital Cagliari by acquiring 75 per cent of the company's capital via its own subsidiary Fruttital.

The move is expected to provide Orsero, which already owned a 25 per cent share in the business, with a stronger footprint in Sardinia, where effective distribution of produce relies on having a consolidated presence on the island itself.

The company is understood to be preparing to complete the development of a new packing and distribution centre in Cagliari for fresh-cut products during the coming months, following the recent opening of similar operations near Bari, Milan and Florence.

Orsero chief executive officer Raffaella Orsero commented: "With this acquisition, which follows others concluded in Spain and France during the past few months, we are confirming Orsero Group's desire to grow and consolidate its activities in fresh fruit and vegetable distribution more and more."

She added: Fruttital Cagliari will be our distribution hub in Sardinia, enabling us to increase our penetration in the local market and to improve the positioning and range of products in the area."

Fruttital Cagliari was previously majority-owned by a company called PiDa and the Planu family.

The deal for the remaining three-quarter shareholding is understood to be worht a total of €5.1m, of which €4.05m will be paid up front and the remaining €1.05m a year later.