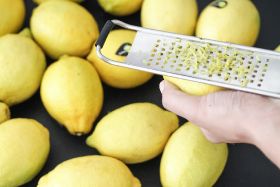 The news that the ANB Investments Group has launched a new seedless lemon brand in South Africa is likely to bring a new dimension to the South African lemon export offer.

Dominated for so long by the old Eureka seeded brand, it has long been the desire to inject new interest into the category.

Eureka made up 75 per cent of all bud wood sales of lemons in South Africa in 2018. With close to 1,000ha of lemons planted in South Africa last year, one would expect that Eureka will dominate for some time to come.

However, the seedless revolution is upon us and to diversify in a fast growing lemon industry, one can expect that the major focus amongst growers will be to produce more of the seedless variety.

It is worthwhile looking at the road the seedless lemon has travelled to the South African industry.

The ANB Investment Group is likely to play a major role in the future of this business, as is signalled by its decision to launch the new seedless lemon brand in a leading South Africa retailer this year. #

ANB Investments said that its Citrogold Company, undertaking protected cultivar management, from development, evaluation through to commercialisation, is a major player in this field.

Citrogold is the license holder in South Africa for two seedless lemon cultivars, both protected with Plant Breeders Rights. According to Viresh Ramburan, Citrogold director, the company recognised the potential of seedless lemons as a game-changer in the lemon cultivar category many years ago.

It procured cultivars that could meet the needs of breeders in South Africa in 2002 and Australia in 2010. “The cultivar from Australia, registered as 3X97, also called 2PH seedless lemon, is proving to be more popular with growers in South Africa,” he explained.

“In 2013 AJ Esser, the CEO of ANB’s fruit growing business, Indigo Fruit Farming, visited Australia to investigate new citrus cultivars. Although the main focus was on mandarins, a visit to Kevin Parr who was growing 3X97 in Queensland, Australia, brought seedless lemons onto the agenda.

“Kevin had trees in production and the external quality, the large fruit set, high juice content and of course the seedlessness caught our attention," Ramburan outlined. "Back in South Africa I convinced our partners that we should become part of the 2PH seedless lemon story.”

Indigo consequently planted 205ha of 3X97, and others followed with now close to 2,000ha currently licensed by Citrogold in South Africa.

“We’re currently harvesting from our first trees and the demand for the seedless lemons from around the globe is huge," said Esser. "The cultivar is still in its infancy in South Africa and still needs to prove itself, but in Australia the trees can flower four to seven times a year and can yield up to 80 tonnes per hectare."

According to Ramburan, fruit from the cultivar is consistently seedless, with great juice content. However, insufficient plantings of these seedless lemon cultivars in the early years mean most consumers are unaware of the product.

“Now with the focused marketing efforts being undertaken with LemonGold seedless lemons, combined with commitment of leading growers towards plantings of seedless lemon cultivars, we are excited that consumers will see, experience and love the conveniently seedless benefits of these products,” he said.

When one talks about new varieties, or categories within existing varieties, it is always important to get the views of leading growers. In this case one of them is the well-known Schoeman Boerdery from Marble Hall production area in Mpumalanga in South Africa.

Hendrik Schoeman, CEO of Schoeman Boerdery, agrees that LemonGold is the ideal addition to the ‘gold range' of citrus.

“We are excited to be part of the producer group that is accredited to grow this cultivar," he explained. "The innovation behind commercialising and marketing the cultivar will give consumers access to world-class produce. In addition, the fact that these lemons are produced over large areas of South Africa, will lengthen the availability period significantly to the benefit of the consumer.

“From a production point of view this cultivar has been well-received as the trees genetically possess the ability to yield up to seven harvests per year.]," he added. "Especially during the first few harvests, young trees do not naturally adhere to prescribed flowering rhythms. Therefore, growers have to be more adaptable and work in partnership with nature instead of fighting this.”