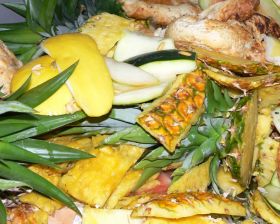 Around 45 per cent of the fruit and vegetables grown in Ecuador are lost or wasted according to the United Nation’s Food and Agriculture Organization (FAO).

In an interview with El Universo, John Preissing, the FAO’s representative in Ecuador, said addressing the problem would help feed the country’s disadvantaged people and save valuable natural resources.

“The loss corresponds to what is wasted during production and transportation, as well as what is not sold in supermarkets or stores and produce thrown away by restaurants and in the home,” he said.

“We are losing nutrition, vitamins, energy in this country – and fruits, vegetables and tubers are the worst offenders, with almost 45 per cent lost, followed by fish with 35 per cent, cereals (30 per cent) and dairy and animal products (20 per cent).”

Preissing added that studies showed that 6 per cent of the world’s total food loss and waste occurs in Latin America and the Caribbean, corresponding to around 213,690 tonnes a year, which could feed 300m people in the region.

He said a combination of national policies, as well as individual actions, were the solution to the problem.

“FAO seeks the eradication of hunger, but also the conservation and sustainable development of the land.

“Food waste squanders energy, labour, land, inputs. Almost 20 per cent of all the fresh water in the world is used without any benefit, going on food that is lost, along with 18 per cent of fertilisers, and more than 20 per cent of landfill is food.”