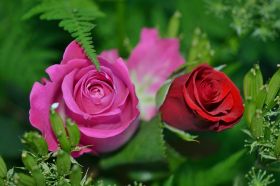 According to Business Daily, the east African country’s high commissioner to the UK, Manoah Esipisu, said he had received assurances from Britain’s international trade minister Conor Burns that Kenya will continue to have access to duty-free, quota-free markets in the UK.

“There are significant opportunities for continued investment by British companies, both as project funding and Foreign Direct Investment," Esipisu is reported to have said.

According to Business Daily, around 300 British companies operate in Kenya, making the UK the biggest foreign investor in the country.