New name for Cool Fresh International after its acquisition by Shropshire high flyers, Jupiter Group, in May 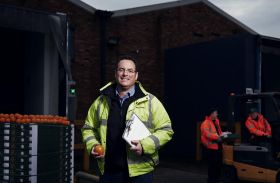 Jupiter Group has formally completed its takeover of Cool Fresh International, which is being renamed Jupiter Goup Europe, B.V.

Jupiter Group CEO Mark Tweddle said: “As expected there is a vast process to integrate two companies, we are now in a proud position to showcase the new addition to the group as part of the family and build on our solid foundations as one.

"As the Jupiter Group continues to grow, each and every part of it has its place of importance to ensure we are at all times offering excellence to our suppliers, customers and employees alike.”

Since the acquisition of Cool Fresh, Jupiter’s offering has expanded to pineapples, melons, garlic, ginger, lime and avocado, adding to its portfolio of grape, citrus, cherries and kiwi.

Based in Shropshire, Jupiter Group was listed in February as one of the top 25 fastest growing UK companies in the Sunday Times International Track 200.

Jupiter’s new European hub provides a gateway to mainland Europe which is accustomed to flexible packaging solutions to suit retailers and their customer bases.

Jupiter EU’s Procurement Director and longest serving colleague, Hugo Vermeulen said: “Integrating two companies from two different countries doesn’t come without its challenges, but both teams are wholly committed to the integration, benefiting from each other’s strengths and learning from each other’s experiences.

“The production structure of the existing Jupiter group together with the distribution network of the new Jupiter Group EU are creating great synergies from which all stakeholders will benefit.”

With Jupiter Group EU’s assimilation into the larger family, there has also been a focus on incorporating their CSR projects. The groups’ combined CSR strategy will culminate in their first CSR report due to launch before the end of this calendar year.