Challenges ahead for RSA citrus

Southern African citrus sources forecast headwinds ahead of the 2020 season 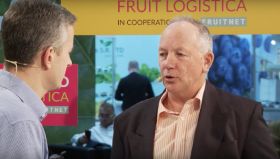 South Africa’s citrus industry body, the Citrus Growers’ Association (CGA), has said that there seem to be a number of headwinds that will impact on Southern African citrus exports in 2020.

While there is still time before the first crop forecast is announced, the CGA said it would discuss the season’s outlook in detail next month when it meets growers around the country.

“Although tensions in the Middle East may seem far away, they are having an impact on the oil price," he explained. "One headline a week back suggested a move back towards US$100 a barrel. Any increase in the oil price will have knock on effects on transport costs – which will impact on long distance suppliers."

Problems in South African ports have not abated, he continued, and over December there were reports of excessive vessel delays at Durban harbour.

“Last year will be remembered as a year best forgotten by the monopoly port owner and operator in South Africa," Chadwick noted. "There are many who are trying to get things right in time for the citrus season – they must succeed.”

He outlined that dry conditions in the main citrus growing regions may slow the growth forecast in Southern African citrus volumes.

“The volumes from new orchards of lemons and soft citrus coming into maturity may be offset by reductions in oranges and grapefruit in those regions impacted by dry conditions," said Chadwick. “Having said that there have been fairly good midsummer rains – and conditions could change quickly."

Referring to global citrus supply he said that, collectively, the international citrus business needed to stimulate demand for the industry's outstanding products.

“Most citrus producing countries have seen an increase in area planted," Chadwick outlined. "We need to stimulate demand to keep up with supply, otherwise returns will suffer. For South Africa we need to get some long-standing market access processes concluded in 2020."

It seems that the Northern Hemisphere citrus crop will be lighter in 2019/20, which could mean a smooth transition between the seasons. “However, globally economic conditions are still tight; and it is likely that consumer prices will remain constrained.”

South Africa's currency has been behaving like a yoyo over the past six months, generally trending lower.

“The probability of further downgrades of the South African economy will probably lead to further rand weakening," Chadwick added. "The only counter would be some substance to the ruling party’s promise of economic revival, corruption busting and turn around strategies for State Owned Enterprises."