New initiative seeks to optimise the use of ICT systems in the post-harvest supply chain. 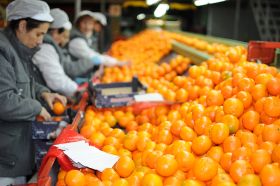 Fepex has announced the launch of TICS4FRUIT, a project aimed at optimising the design of ICT system for the fresh produce post-harvest and distribution chain in Spain.

The initiative has two main objectives: to design a fruit supply chain that minimises the deterioration and loss of produce during post-harvest and distribution through the application of ICT; and to improve logistics performance and responsiveness during the most critical stages of the supply chain.

It includes the participation of growers and marketers via Fepex, as well as technology company Geezar, the Technological Institute of Packaging, Transportation and Logistics (Itene), and research organisations including the University of Zaragoza and the Aula Dei Technological Science Park Foundation (PCTAD), as well as the Spanish wholesale market network Mercasa.

“The project seeks to encourage the application of industry 4.0 tools, which up to now have been used principally in production, to other parts of the supply chain such as distribution, transport and logistics, that can equally impact fruit quality and wastage,” Fepex said in a press release.

Fepex noted that the application of the internet of things (IOT) and digitalisation of processes has the potential to bring about substantial improvements in post-harvest quality.

The nationwide project, which was launched in December 2019, will be rolled out in several autonomous communities including Aragón, Valencia and Madrid and is due to end in July 2021.