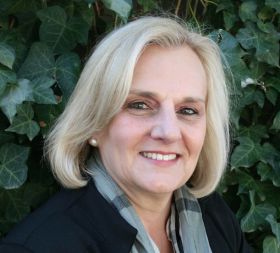 The Sustainability Initiative of South Africa (SIZA) has found a new way of bringing its Environmental Standard to growers.

SIZA announced after discussions at Fruit Logistica in Berlin that its partnership with GlobalGAP had reached another milestone.

The focus has been on the new Environmental Standard, which will now, together with the SIZA Ethical Standard, be linked to the GlobalGAP database.

GlobalGAP and SIZA initially announced their partnership on 14 February 2017 during that year's Fruit Logistica. Then, in May 2019, the SIZA Ethical Standard was displayed in the GlobalGAP database by means of an application programming interface (API). As part of the next phase, the focus turned to the SIZA Environmental Standard.

SIZA chief executive Retha Louw said that there were several good reasons for linking the Environmental Standard with GlobalGAP.

“It eliminates duplication in requirements between the SIZA Environmental and Integrated Farm Assurance (IFA) standards, and it also ensure a more cost-effective model for producers that have to implement both standards, while providing better transparency to stakeholders on a global scale via the GlobalGAP database," said Louw.

“Both companies benefit from this partnership," she continued. "For SIZA, the relationship with GlobalGAP ensures that its environmental audits can be easily reviewed by global market players. For GlobalGAP, this connection provides an increase in the number of producers certified against its leading global certification programme."

For the South African industry, and both the SIZA and GlobalGAP organisations, the partnership supports the vision of a cost-effective approach by making the SIZA programme more comprehensive, allowing it to become the South African agricultural industry’s preferred audit for both ethical and the environmental requirements.

“SIZA has worked to harmonise global environmental standard requirements in South Africa, and its partnership with GlobalGAP improves its ability to support and train individuals and businesses in the agricultural industry with regards to best practices and sustainability," Louw added.