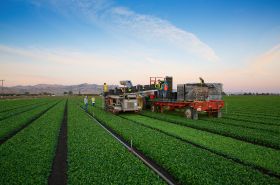 Vegetable breeding company Rijk Zwaan has spoken to its European partners from across the supply chain to ascertain the impact of the coronavirus crisis on their businesses, and discuss their expectations for the future.

Rijk Zwaan, which supplemented its responses with insights from organisations such as Rabobank, Edge by Ascential and Nielsen, found that one of the key concerns covered labour and economic uncertainty, with an increased focus on switching to mechanical harvesting.

"European travel restrictions have caused a shortage of seasonal workers and social distancing is not possible in many horticultural work environments," the group outlined. "Both of these factors have resulted in extra costs in the fresh supply chain.

According to Rijk Zwaan’s research, labour is proving to be a particular problem for growers and processing companies in the UK, Germany, Spain and Italy, and it is also an issue in the organic sector.

"Many chain partners in Europe are not only concerned about labour, but also about a possible recession – especially due to the uncertainty about its severity and duration and how it will affect the demand for fruit and vegetables."

It’s not all bad news, however. According to the retailers and wholesalers interviewed by Rijk Zwaan, sales of fruit and vegetables increased by an average of 20 per cent to 40 per cent during the lockdown.

During the 'panic-buying' phase, so-called commodity vegetables and products with a long shelf life – such as iceberg lettuce, peppers, tomatoes on the vine and frozen spinach – were in particularly high demand.

There was a temporary dip in demand for vegetable specialties, on the go salads and melons, partly caused by the sudden collapse of foodservice sales, but these products gradually recovered, Rijk Zwaan's research found.

Having initially reduced their number of stock keeping units (SKUs), retailers indicated that these were returning to previous levels now that the European lockdown situation was easing.

During the pandemic, there has been a significant increase in consumer interest in fresh and healthy home cooking, and people actively searched for new recipe ideas during the lockdown.

For Rijk Zwaan specifically, the Love My Salad consumer platform attracted three times as many visitors as normal and an aubergine booklet achieved a huge number of downloads.

During the coronavirus outbreak, media channels regularly highlighted the importance of a healthy lifestyle and the benefits of eating fruit and vegetables.

Research by Rabobank predicted that ‘fresh & healthy’ and ‘home cooking’ will both remain important consumer trends in the future, as will ‘local for local’ and new sales channels such as online and recipe box schemes.

Online sales peaked during the coronavirus lockdown; European retailers saw increases of 30 per cent to 50 per cent in their online channels.

There was a general rise in locally grown and organic produce, sometimes straight from the farmer. This was partly because consumers took a keener interest in product origins and cultivation methods, and partly due to their desire to support local businesses.

According to Rijk Zwaan, experts have predicted that some of the extra sales from the online channel, box schemes and local/organic produce would be sustained after the crisis.