Spanish exports slide in May 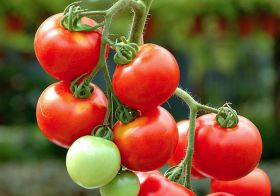 Spain's fresh produce exports fell by 16 per cent in volume and 5 per cent in value during May, when compared with the same month of 2019, coming in at 1m tonnes and €1.43bn respectively.

According to data from the country's Customs and Tax Department, processed by Fepex, fruit exports fell 15 per cent in volume year-on-year to 678,152 tonnes, while they actually increased 10 per cent in value to just over €1bn.

Sales of watermelon, the most exported fruit in the month of May, decreased by 10 per cent in volume to 148,724 tonnes, while the fruit's value grew by 41 per cent, coming to €112m.

"The notable decrease in the export of fruits and vegetables in the month of May has been largely due to the increase in national consumption driven by the coronavirus and the confinement in households," Fepex outlined.

Indeed, data from the Ministry of Agriculture showed that Spain's household consumption grew in May.

In the first week, from 27 April to 3 May, the seventh week after lockdown, household fruit and vegetable consumption grew by 36.6 per cent and 44 per cent compared to the same week in 2019.