Exports of early varieties to North America and Europe are up, but Chinese volumes dip 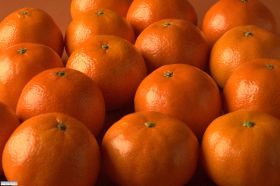