Organisers herald success of industry's first virtual trade fair, but say they are still planning a physical event in 2021 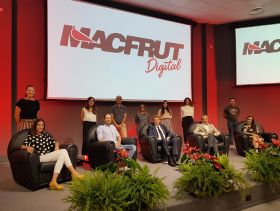