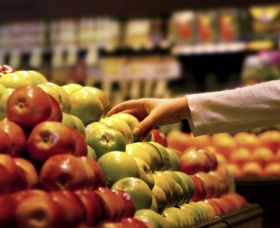 In the UK, MPs have rejected attempts to require imported food to meet domestic legal standards when the UK leaves the EU on 1 January.

With campaigners warning that the UK could be forced to accept lower standards in order to finalise a US trade deal, a Lords amendment to the Agriculture Bill would have forced trade deals to meet UK animal welfare and food safety rules.

However, MPs voted by 332 votes to 279 to support the government and reject the amendment.

Farming minister Victoria Prentis said the government was "absolutely committed to high standards" and that existing laws would safeguard them.

Kath Dalmeny, chair of the Future British Standards Coalition, told the Guardian: “It’s dismaying that the government has opposed attempts to put into law its own commitment to maintain British food standards. It is perfectly possible to have high standards at home and sign trade deals with new trading partners who meet them. It’s what consumers have repeatedly said they want.”

Gareth Morgan, head of farming and land use policy at the Soil Association, said;  “We are very disappointed the House of Commons has rejected key amendments on import standards, climate change and pesticides in the Agriculture Bill, that has been proposed by the House of Lords.

"Putting these protections into law is vital to protect us against trade deals that could lower food production standards, threaten our environmental and climate change commitments, and undercut British farmers. We must go further to uphold the UK’s high standards for food and farming. We urge the House of Lords to hold their ground and send the amendments back to the Commons again to give MPs who voted against these changes a chance to rethink.”

Environmentalists argued that the amendments would have assisted in curbing dubious farming practices across the globe, helping to combat deforestation, climate change and biodiversity loss.

Celebrity chef Jamie Oliver has warned that the legislation could spark a “race to the bottom”, flooding the UK with low-quality food and threatening the livelihoods of UK farmers.