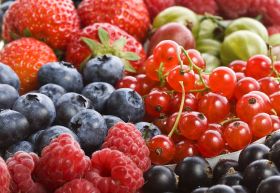 Hortifrut has posted an accumulated profit of US$38.3m for the first nine months of 2020 attributable to the owners of the parent company, up from US$5.92m in the year-earlier period.

The company said the increase was mainly due to the higher income generated by a better production curve in Peru and better fruit quality compared to the previous season, as well as a reduction in costs resulting from the consolidation of its merger with Grupo Rocío’s blueberry business.

Similarly, Hortifrut recorded its own historical record by obtaining an accumulated EBITDA for the nine months ended September 2020 of US$116.38m, representing an increase of 77.74 per cent compared to September 2019, when it reached US$65.48m.

“This excellent result is mainly due to the early start of the 2020/21 season in Peru; better prices in Chile during the 2020 season; new plantings in China coming to maturity; harvesting of our new proprietary raspberry variety, Centennial, in Mexico; decreased per-kilo sales costs linked to the implementation of efficiencies at farms and packhouses and better fruit quality in Peru,” the company said.

Income from ordinary activities reached US$385.08m during the first nine months of this year, an increase of 20.25 per cent compared to the same period in 2019.