Exports of Peruvian asparagus, exotics and berries caught in crossfire as new strain of Covid emerges in Brazil 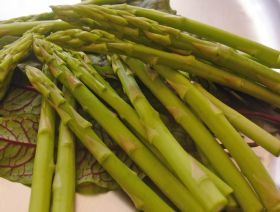 A ban on flights to the UK from a number of South American countries following the discovery of a new strain of Covid in Brazil could cause disruptions to imports of Peruvian asparagus and other fresh produce lines in the coming weeks.

Julian Marks, managing director of Barfoots, said highly perishable lines like asparagus tips and fine asparagus are likely to be the most affected.

“Fortunately, around 80 per cent of our Peruvian asparagus programme is seafreighted, so the impact won’t be as severe as for other companies,” Marks told Fruitnet.

Industry-wide, an estimated 80 per cent of Peru’s asparagus shipments to the UK are airfreighted.

The ban comes just as the company’s sourcing switches from Peru to Mexico, which is not included among the list of banned countries.

Marks said a clearer picture would emerge by Friday afternoon once the company had spoken to its suppliers in Peru.

Avnish Malde, CEO of Wealmoor said products that could potentially be affected include asparagus, berries and exotics.

“We know direct flights from places such as Brazil will be affected. However, a lot of what we bring in is redirected via the US and Europe,” he said.

“[The ban] will therefore add pressure to these routes as cargo is redirected, but much will depend on what other countries decide to do with regard to banning flights from South America.”

Rob Cullum of Pacific Produce said the company was not directly affected as it imports mainly seafreighted produce from Peru.

He foresees disruption to airfreighted mangoes from Peru, but not enough to affect retail volumes.

“Over all I don’t see a big drama in terms of products on the shelf in UK retail with the exception maybe of asparagus,” he told Fruitnet.

“There are freight planes which I assume can still travel so as always the produce industry will find some kind of solution – there maybe a small blip and prices will go up for sure.”