Freshfel has say on SPS protocols 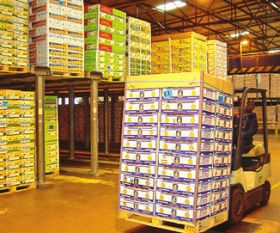 The trade is confronted with the need to negotiate individual sanitary and phytosanitary, or SPS, export protocols, to start business with many trade partners. Similar specific protocols are not required for the majority of imports of fresh produce into the EU.

This situation is leading to an "appalling lack of reciprocity" in SPS market access conditions that "urgently needs to be addressed", Fresfel said.

In its paper, Freshfel Europe urged the European Commission to define with Member States a concrete EU SPS strategy. This would secure market diversification by easing market access conditions based on safe trade guaranteed by the EU regulatory environment.

Witnessing a "significant lack of reciprocity in the implementation of plant health systems", Freshfel Europe lamented that this significant challenge was not featured in the new EU trade policy strategy – ‘An Open, Sustainable and Assertive Trade Policy’ – published on 18 February.

“The absence of any reference to the complex challenges of negotiating SPS protocols to export fresh produce to third countries markets and the lack of reciprocity resulting thereof in SPS barriers mentioned in the EU Trade Policy Review is worrying," said Freshfel Europe general delegate Philippe Binard.

"It indirectly suggests business as usual, leaving exporters to negotiate their market access with third countries Member State by Member State and product by product," he explained. "Our experience demonstrates that the negotiating process is lengthy, costly, non-transparent and often discriminatory, exposing our exporters to different conditions for the same pest.

"This contrasts with EU rules for imports which are transparent and immediately applicable to all suppliers concerned to mitigate identified pests not known to occur in the EU.”

"Proper enforcement of partners’ commitments and the maximisation of synergies among EU capitals should also contribute to alleviate the situation and facilitate trade," she continued.

"In the long-run, we urge the EU to raise the problems created by SPS export protocols at WTO level, as a major trade bloc which has managed to secure a trade-friendly, transparent and proportional plant health system.”

Freshfel concluded that the current discrepancies between open and closed SPS systems were neither sustainable nor leading to fair and reciprocal trade in fresh fruit and vegetables.

"This should be among the top priorities for the EU’s trade agenda for the competitiveness and livelihood of EU growers and for the development of mutually beneficial trade relationships with partners around the world operating under a trade environment that is as least distorting as possible."