Japan’s plan to protect its produce

Seeds and seedlings of 1,975 natively developed fruit and vegetables added to list of protected produce 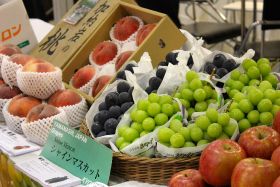 Prime Minister Yoshihide Suga - the son of a strawberry farmer in Akita Prefecture – is reported to be playing a leading role in the move.

Asia Nikkei reports this latest announcement comes after the partial implementation on 1 April of the amended Plant Variety Protection and Seed Act.

The law allows seed developers to designate which countries or territories a registered seed variety can be transferred.

Any improper transportation of protected seeds or seedlings would trigger penalties for violating intellectual property rights.

A number of significant items have been included in the 1,975 items, including Amao strawberries, Shine Muscat grapes, Beniharuka sweet potatoes, Shinano Hope lettuce and Akikansen pears.

None of these items feature designated countries, meaning none of the seed varieties can be taken out of the country as a general rule.